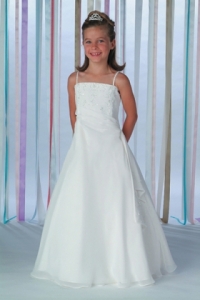 Detroit, MI – “Oh my god it’s today. The concert is today.” Tween superfan Brittany “Britt” Williams has been waiting for months, no wait, years for this opportunity to see One Direction, her favorite boy band in the whole entire world. When Britt was given an extra ticket to bring a friend, she knew exactly who she was going to pick. “I’m in for the long run,” states the tween, who has been suffering from minor convulsive fits since the beginning of the week due to anticipation. “I knew that if Harry Styles saw me he would want to get hitched right away, so I’m bringing the minister from my church.”

Sources say she owns a life sized cardboard cutout of the singer and has been known to throw punches to defend her man. Williams even tricked her parents into signing marriage approval forms by telling them they were field trip permission slips to go to the zoo, which they totally went to last year and she almost, like, died from boredom. To complete the plan, Williams purchased a wedding dress using her allowance so she’ll be dressed for marital success at the performance.

Minister Anthony Young says he feels his safety may be at risk because he has been the recipient of several hate-filled letters from Britt’s ex-BFF, Whitney “Whit” Parsons, who was ditched so he could attend. Parsons included the “friends” half of their Best Friends necklaces in the fourth letter, which means she is so serious she can’t even. Minister Young says he hasn’t let the threats defer him from attending the concert, and he hopes that they sing his favorite song, “Best Song Ever.”