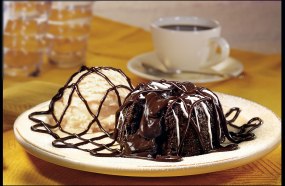 Washington, DC – Just last week Republicans of Congress voted to sue Mr. Barack Obama, current President of the United States and Scrabble enthusiast, for his usage of executive orders that has been deemed unconstitutional. This event caused Obama, who has always tried to get along with everyone in the office, both Oval and normal shaped, to revisit some previous interactions he has shared with other politicians. “I recall one time I went out to dinner at Applebee’s with Representative John McCain and several other members of the Republican party. When I ordered the Triple Chocolate Meltdown I heard McCain say I was doing something wrong, so I responded, ‘Sue me!'” Little did Mr. President know, they were actually discussing his ability to run a country and he had misheard them while he was distracted by the dessert menu. “I may regret that diction, but I absolutely do not regret the Meltdown,” states Obama, who was interviewed shortly after cooking up a hot batch of meaty chili, which he made despite his children being vegetarians. Mr. President insisted the picture for this article be of the Meltdown itself, so the audience could understand his decision. “I’d done maybe 50 push ups that day, so I was qualified to make the choice regarding the chocolaty treat.” Further research will be put into The President’s unwise statements, which includes the phrase “If you can’t stand the heat, get out of the kitchen,” unwisely said to his head chef during a basketball scrimmage. The chef retired later that afternoon.