Firstly, I would like to apologize for missing Caturday. But I can guarantee that I missed it for a good reason.

This past Saturday I went to a food truck festival on the Charles River. There were twenty food trucks and about half of them were taco-based. This would be my dream, except these are high quality food truck tacos instead of Taco Bell tacos, and we all know I need to meet my extremely low standards. The other half were a mixture of ice cream, barbeque, or sandwiches. However, there was one truck that was levels above the rest. The Boston Bacon Truck.

I wish words could describe this delectable marvel. I spotted it from a distance. As I walked towards it, I felt as if I was sauntering towards heaven. The menu consisted of several bacon-laden items such as the b.l.a.t. (BLT with avocado), the turkey bacon brie, and snackies like habanero garlic pickles and NUTELLA COVERED BACON. You heard me. Nutella. Covered. Bacon. Honestly, I think I’m going to add this item to my previous “forever lunches” post because NOTHING beats nutella covered bacon. The sweet and salty combination is something that I will dream about all night, every night, for the rest of my life. So, this is the first reason why I forgot Caturday this week.

P.S. Look at how absolutely adorable the truck artwork is. THE BACON. IS ADORABLE.

Who knew bacon could be so cute?

My friend was having a birthday bash on Saturday night that was pajama party themed. I already own one onesie pajama set from Target that is fox themed and has little foxy feet. However, I left that at home and needed to purchase a new onesie that would blow the minds of my fellow partiers. I had settled on a full leopard print masterpiece when I decided to go pick up some new white tees because my other ones were getting less bright. That’s when I saw it: the Superman and Batman onesies. I basically lit the leopard one on fire because I would settle for nothing less than the man of steel. The PJ’s came with an attached cape, and it’s safe to say that me and my Batman sidekick were the coolest superhero themed party-goers of the entire night. At one point I was even lifted into the air Dirty Dancing style so that I could pretend to fly.

This is the exact one I now own and will be busting out at parties and even just casual events for the rest of my life. The picture cracked me up because he’s just standing there so nonchalantly and his cape is clearly held out by people who were then edited out. For a realistic picture they should have had a person holding it up behind him because that’s what I made my friends do for me all night. Thus,  because I was wearing a superman onesie and having to save the world from boredom, I didn’t do Caturday.

3. The Most Recent Season of Suits

Okay, I don’t know how many of you watch Suits, but if you don’t then you need to drop your computer right now and then pick it up and watch Suits. It’s a fantastically written show that also conveniently has a lot of attractive people in it. If you don’t have a crush on at least four people in the below picture then you are absolutely lying to yourself. 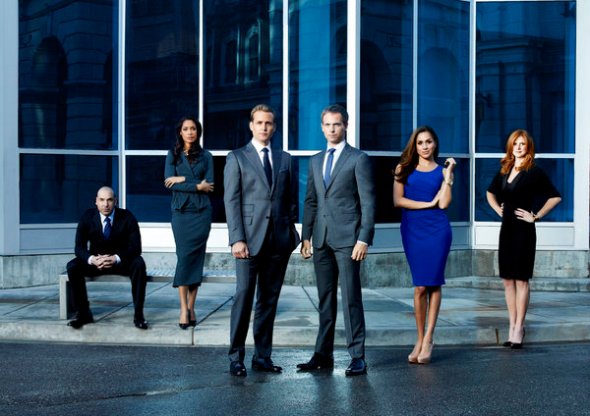 So, basically Mike Ross is this dude who has insane memory abilities and he somehow gets hired to this law office that only hires Harvard grads and he has a big secret and also Harvey is bad ass. That’s all you need to know. But the picture alone should draw you in enough that I don’t even need to give you any background story to convince you to watch it. It’s a drama that isn’t too drama-y and comedic in all the right places and basically my dreams actually consist of this show and the characters eating nutella covered bacon. Or maybe human sized bacon lawyers. We’ll see tonight when I sleep, won’t we. On Saturday I decided to catch up on this most recent season and that’s what I did the entire day after the food truck festival and before the Superman PJ fiasco. Alas, no time for Caturday.

So, I leave you with this: 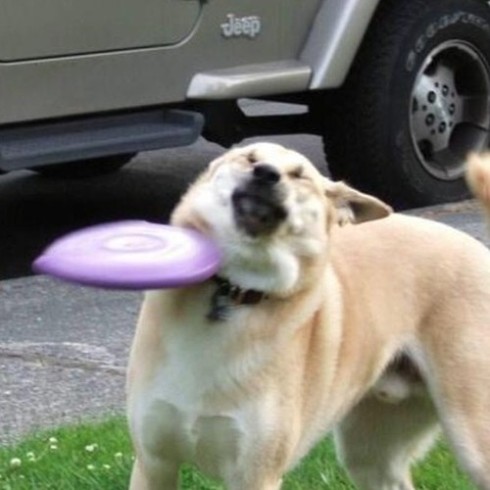 Because let’s be real, most of you like dogs better anyway.