Over many years I have entered many contests. From sweepstakes to raffles, I’m one of those people who enters because someone has to win! Why not me? Some of these have been extremely successful and that just drives me to enter as many contests and drawings as possible. This post is dedicated to the successes; the ones that get me out of bed in the morning so I can go to my computer and enter more drawings. 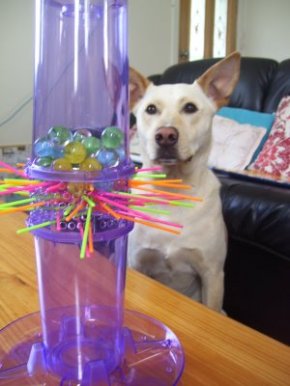 This dog is good at Kerplunk.

My elementary school had a Fall Fun Fair every year that was in the fall, it was fun, and it was also a fair. There was face painting and those hair wraps and make your own pixie stix. However, my favorite part was the children’s auction. You’d get 5 slips of paper to write your name on and enter for whatever you wanted to win. Some people wanted to go for cool things like super soakers or Nerf guns, but I knew that I had to be wise and strategic, so I entered for the one game that nobody really wanted: Kerplunk. I put all five of my pieces of paper into the paper bag even though there was only one other entry at the time. Better safe than sorry. Sure enough, I won the slightly-higher-than-mediocre game and had slightly-higher-than-mediocre fun with it a handful of times. Sometimes I still bust it out because it’s a good game to play alone and the sounds are less annoying than Trouble. However, a seed was planted that would continue to grow throughout the rest of my life: I was going to enter every drawing possible. 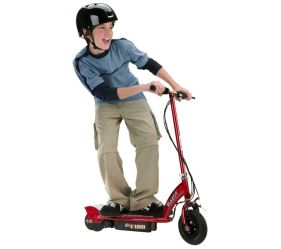 The coolest kid in school.

In middle school I was a member of a club called Huddle. Basically you would wake up super early on Fridays and go to this meeting where we would do activities while half asleep. However, the sacrifice was totally worth it because we got to go to Six Flags at the end of the school year and if you weren’t in Huddle you weren’t allowed to go. If I had this opportunity to wake up at 6 to go to a dumb meetings for nine months just to go on a roller coaster right now, no way would I take it. Middle school Nancy not only tried to be super hardcore with her love of Fall Out Boy, but she was also really into sacrificing sleep to feel included. Current Nancy would gladly sacrifice feeling included to sleep.

So, as a part of Huddle you had to do a fundraiser where you sold pies to people. The more pies you sold, the more tickets you would have entered into a drawing for random prizes. One of these prizes was an electric Razor scooter, aka the coolest way to get from here to there before the age of 16. I’ve never been more motivated in my entire life. I sold about 75 pies, while I’d say the average person sold around 10. I won that electric scooter simply because the odds were ever in my favor. The fully charged battery only lasted one way to Friendly’s and the scooter didn’t work too great as a normal scooter, so overall it was decent but still absolutely f***ing awesome.

3. The 3-Liter Bottle of Bacardi 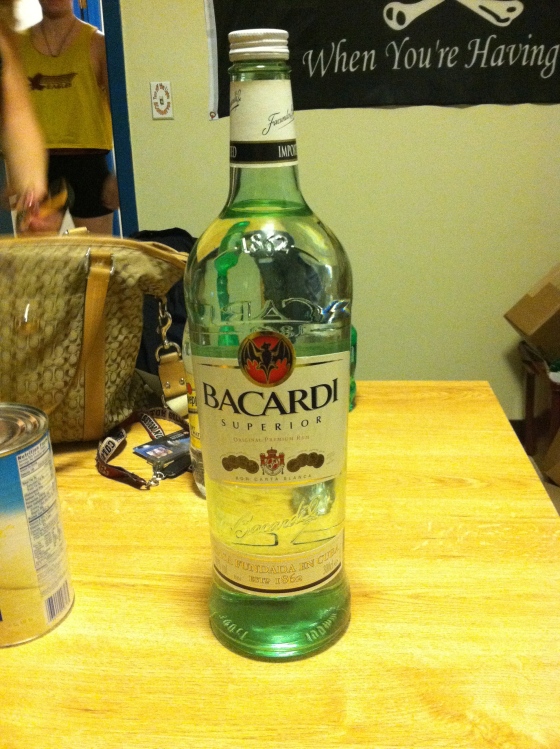 Object is grosser than it appears

This is the win that I’m most proud of. A couple years ago I went to a Boston bar in Cleveland Circle looking to have a fun-filled evening. The nursing school at BC was having a raffle to win a 3 liter bottle of Bacardi for only $7 and you got a free drink when you entered. Obviously I was all about this. I could picture all the cocktails and daiquiris I was going to consume.  Sure enough, around 1AM I received a call telling me I had won! I don’t even like Bacardi. I didn’t drink any of the yummy beverages I had pictured in my head because the truth is that most of them are actually vomit-inducing. I think I drank about 2 shots of the entire bottle and just gave the rest away to my friends. But, I won it. That’s all that matters. Hopefully next time I can win a three liter bottle of Shirley Temple because, let’s be honest, that’s my favorite beverage ever.

2 thoughts on “I Win Things: A Look Into My History of Luck”